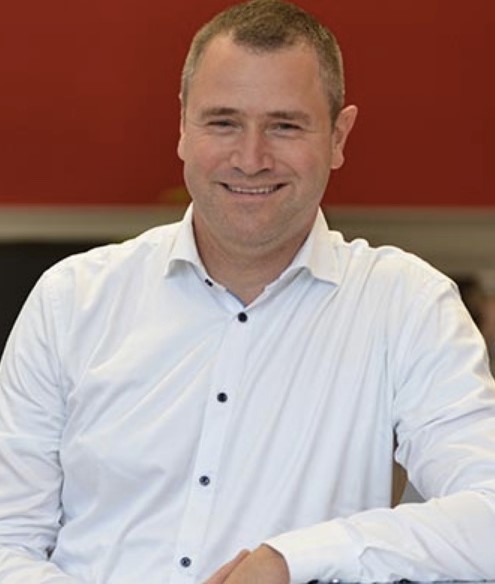 Towards miniaturization: how does confinement affect the break-up and coalescence of droplets in shear flow

For many years, polymer blending has been recognized as a method to generate materials with improved properties. When recycling polymers, the resulting morphology is also often multiphasic. The properties of these polymer blends are highly dependent on the flow-induced phase morphology. The bulk dynamics of immiscible blends during flow is relatively well understood, especially when the system consists of Newtonian components. Stimulated by the trend towards miniaturization, studies have recently focused on flow of immiscible blends in confined geometries. In that case, the morphology development is not only affected by the material properties and the flow type, but also by the degree of confinement.

Here, we present an overview of the morphological changes in dilute, immiscible two-phase blends in confined shear flow. Droplet break-up and droplet coalescence are investigated systematically for a range of viscosity ratios, where the droplets are visualized in a counter rotating shear flow cell equipped with a microscope. It was observed that geometrical confinement promotes droplet break-up when the viscosity ratio is above 1, which implies that the critical capillary number for break-up decreases. At viscosity ratios around one, confinement does not affect the conditions for droplet break-up whereas the critical capillary number increases with increasing confinement at viscosity ratios below 1, indicating that confined droplets are stabilized by the presence of the walls. Numerical simulations, using a boundary-integral method, in collaboration with TUE, reproduce and elucidate these findings.

Digested? - The design and in-vivo validation of satiety controlling food

Malnutrition, which includes overeating as well as nutrient deficiencies is one of the most pressing problems towards a healthy population and personal well-being. From a variety of approaches the stimulated release of satiety hormones offers a soft control on food intake. In a conceptual study we present the design of food systems and its fate during human gastric and intestine digestion including its physiological resonance. A feedback loop between bulk and interfacial rheology, in-vivo gastric magnetic resonance imaging, and physiology in humans and rats does not only establishing the in-vitro/in-vivo correlation of fat digestion but also provides pathways to limit or stimulate food uptake. Besides controlling nutritional uptake, the mechanical performance of food after consumption is also a key factor affecting hydrophobic drug release. In summary, the designed food systems as well as the analysis of their physicochemical changes during digestion provide in-vivo based guidelines for functional food formulations.

Can (interfacial) rheology save the world?

Complex fluid-fluid interfaces arise when surface active species accumulate at interfaces and interact which each other. In addition to changes in the surface energy and the possible occurrence of Marangoni stresses, rheological properties can influence the dynamics of interfaces. The last few years have seen a strong research activity in developing techniques or analyzing better existing techniques to separate to clarify which material functions can be measured. For shear rheometry, progress in analyzing the flow fields in the measurement devices has been key, combined with advances in control over surface concentration and microstructural evaluation. For dilation/compressional rheometry much work has been done on separating changes in the surface tension from the extra rheological stresses, and there seems to be clarity on how to now use the rheological interfacial properties to design new materials or investigate the response of biological systems. In the present talk I will focus on applications of interfacial rheology in important issues such as beer foam stability, lung surfactant functioning, the design of very stable foams and emulsions with potential applications in the field of energy or electronics. In the second part of the talk I will turn to minimal model biomembrane mimics, using a microfluidic platform. We will try to understand if interfacial rheology can help elucidate if block copolymer architecture can be engineered to dictate a lipid bilayer membrane response. Here, we investigate the influence of the structure of the pluronic on the interaction with artificial biological membrane.